Why Americans Differ Between Soccer or Football 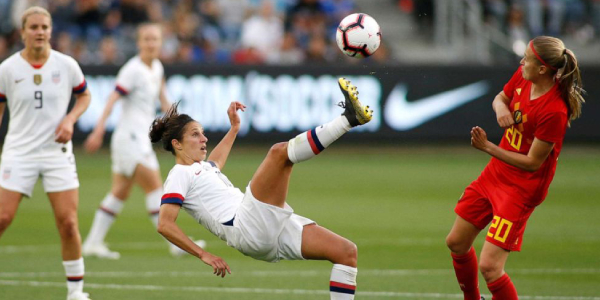 Sometimes you might have wondered why Americans call the game Soccer and not Football. There was association football before the American football kicked in. Here the latter game is known as football. The difference is sure to get your attention. The chief reason or the different name is to differentiate their game.
Why call it Soccer?
The term Soccer originally came in to practice to differentiate the former association football. This was the code used by the Football Association back then in the 19th century. The differentiation was meant to be made from Rugby football. This was a game that had risen to popularity in those days. Both these games started becoming fashionable at the same time.  The word football was common to both and could lead to confusion. Therefore the association decided to differ the names. Consequently, the name of the game rugby football was changed to rugger. At the same time, the name of association football was switched to soccer. However, the term footballs remained in practice.
Variations in other parts
Later the game came up to have more varieties. Like across the Atlantic region it was known as American football or gridiron. It was like an original variant of football that started becoming popular. Even news and media referred to association football as soccer.  This cultural phenomenon can be accounted for the asocial football tournament held in North America known as the Major League Soccer. Its governing body based in the USA is named as the US Soccer Federation. IN contracts in the UK the British governing organizations are known as Football Associations. For instance, there is a body called English Football League.
These differing names in different countries have influenced the title to a great extent. There are similar reasons why there are different names in different parts of the world. In the broader sense, the term football is more popular. Like in Ireland the name is Gaelic Football, and in Australia, the term used is Australian Rules Football.
Reason For Differentiating American Football as Football
The association for football and rugby led to the evolution of American soccer. However, the association has entirely different sets of rules and balls for the two games. The varied collection of rules creates an apparent and substantial difference between the two sports. Both are played very differently. The reason for the name in North America is probably because it is the most popular football variant.  Unlike the term rugby football, the game of football cannot be called by just its Prefix as the Prefix is either American or Canadian or some other name.
In countries like New Zealand and Australia, the term gridiron is used to describe the game. You must be wondering why is there such a fuss around the world about a game’s name though they are more or less the same. The snobbishness in many parts of the world over the use of the name is because the game doesn’t involve much use of the feet. Yes, feet are required in many ways, but the principal purpose is of hands. Therefore the term Football is considered to be a misnomer by many hence the Americans chose the name Soccer. The same attitude is pursued by the few other countries and thus the names Gaelic football, Australian rules, and rugby.
Wondering which one is correct?
The debate if on like forever regarding the name of the sport. Recently some light has been thrown on this topic on a serious note to attain some clarity over the confusion. In 2014 a paper called Its Football, not Soccer was released by Prof. Szymanski of University of Michigan. The book puts some light on the names used to similar sports in the past. Meaning and significance of each name and the game have been described carefully. The book also says that the term soccer is not an American invention.
Sometimes it has occasionally been used in Britain as an alternate word to Football. Hence the results say that Football came into the world first, though soccer was not very far behind when it comes to arrival. It is a beautiful short story all football lovers must read to achieve clarity on the topic whether it is football or Soccer. It will be fun to know about the much-debated discussion across the globe.

Read Also : Why People Value Football So Much?