Why People Value Football So Much? 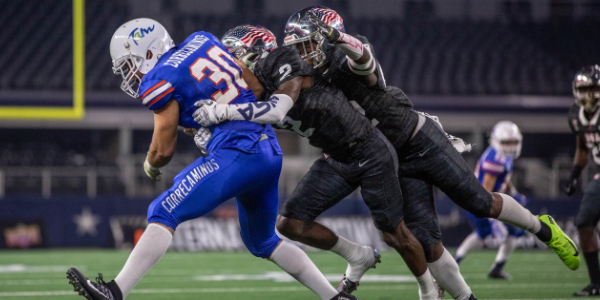 Football is not just a game, and it is a great morale booster. It helps young men develop values that no other person can teach them. Due to this reason, it is more than valuable to the society and its people. Football is under pressure due to medical concerns and few other ideas. Every day you will see this game making headlines for one or the other reason. Like every other game, this game is also taking its part of criticism. It was said by Barrack Obama once that if he had any boy child, he would have never allowed them to play Football.
Why are people drawn towards the game of Football?
When asked from several people why do they play football there were these answers you will be surprised to know. Even parents were questioned why do they let their children play football at all if it has so many medical concerns. The answers from people highlighted that it is a game they need a lot of dedication. It teaches players obedience and builds moral character in them. It is extremely tough and hard. The amount of discipline demanded by it is one of the toughest if you want to become a good player. Due to these challenges, people develop a passion for playing football, and once they are drawn towards it, there is no turning back. It is a like another metaphor in an individual’s life.
Using the boundaries
Through this game, people are encouraged to push all their limits and come out with their most robust character even when the times are very challenging. It challenges not only the physical courage of a person but also their emotional strength. To be a part of something these prominent people tend to learn about others around. In return, it helps them know themselves better. Football also teaches the criticality of doing a job correctly. There is absolutely no space for negligence. The harder you work, the more accessible your goal. Staying with teammates will teach a person many things that no book can teach. Like today Football has raised many questions in the media, but it has always sustained no matter what.
Questions Raised
At the beginning of 20th century in 1905, there were 19 deaths and more than 100 severe injuries to Football players. These reported injuries happened to few college players and some to high school boys. As the game was coming out to be very violent, many institutions decided to drop out this game from their sports facility. For the least people were trying to modify the rules of Football so that it becomes less violent. Slowly the game advanced, and regulations underwent many modifications. The progress has been good since then, and the game is pretty advanced today.
Similarly, we are at the turning point of this game. The issue of concussion is genuine, and some severe changes might come in to play soon. Players need to get in better helmets to stay safe on the Football ground. However, it is not easy to change the importance of this game as people breathe football today. It is a game with a considerable fan base than any other game. When the blame game is on, nobody should forget that nobody is perfect not even world famous football players.
Very few people can continue playing as professional football players beyond their high school tenure. And the ones who do are proud players of the game. Some many coaches spend time teaching their players the values of this game. It is a lot in the hands of the coaches to show their team the right direction. Without a good coach, a team might go astray. We have wanted our youth to be empowered, intellectual and resilient. Football has all the qualities to teach a person all those things.


There is no point that football is unjustified. There can be injuries in the game, and sometimes it gets dangerous, but some rule changes can help tackle that. More than ever the people of today love football. It has saved many lives and will always remain the favorite of many. Millions of young men get inspiration from top-level football players. It is a game that also teaches simplicity. All that matters is to do your best on the ground and make everybody proud.